Thanks to everyone who contributed to yesterday’s Scot.E3 conference.  We’ll be posting videos and reports of the discussion over the next few days.  Here we repost (in slightly edited form) an article by Pete Cannell from the latest Scottish Left Review that provides some background to the discussion at the conference.

On October 11th 2015 I was one among several thousand linking arms across the Forth Road Bridge. Hands Over Our Forth (HOOF) was meant to be the latest stage in a mass campaign to stop underground coal gasification (UCG) by burning the coal seams under the Forth. However, just before the event the Scottish Government announced that UCG would not go ahead. So the demo became a celebration. It was an assembly like no other environmental protest I’ve ever been on. Diverse, militant and embedded in the working class communities of Fife and the Lothians. When we formed my local group in Portobello, ‘Our Forth Against Unconventional Gas’, no one knew about UCG, but a whole host of local people, including ex-miners (appalled at the stupidity of setting fire to coal seams) quickly spread the word and through imaginative campaigning and direct action we won.

A great deal has happened in the four years since HOOF, much of it in the last year; XR has injected urgency into climate campaigning, the school student strikes have been inspirational and put the idea of collective action back on the agenda. Yet all of this has been against the backdrop of accelerating rates of carbon emissions and new evidence of the severity of the climate crisis.

ScotE3 was initiated by a small group of rank and file trade unionists (mainly working in construction and defence) and activists like myself keen to find a way of taking climate action into workplaces and working class communities. We were inspired by the Million Climate Jobs programme for a transition to a sustainable economy and by the struggles for just transition taking place in working class and indigenous communities in the US and elsewhere.

After working together on a submission to the Scottish Government’s energy consultation, we began by producing briefing documents that aimed to frame the politics and practice of transition in ways that related to trade unionists. The lived experience of our class is that change usually means paying the price for the problems of the rich and powerful. The havoc wreaked by pit closures and the end of coal still scars communities across. Scotland. The message we want to get across is that a just transition, based on the million climate jobs strategy, means more employment not less, better transport, more comfortable homes and a future for our children and grandchildren.

It’s a big step forward that issues of social justice have become prominent in the climate movement and reference to just transition is now routine in the climate movement. The challenge, however, is to articulate the ideas implicit in just transition in ways that can engage working class people who are rightly cynical about the promises of politicians and expect that they will be asked to pay the price for transition. Just transition is usually framed in terms of ensuring that the lives and livelihoods of those currently dependent on work in the hydrocarbon sector are protected as we transition to zero carbon. This is absolutely correct, but in our view the definition needs to go broader and deeper.   The skills and knowledge of those currently working in the oil and gas and defence sector are critical to the rapid transition that is required. The new climate jobs need to be on decent terms and conditions – not the short-term agency contracts that are more and more prevalent in these sectors.   An effective transition needs to work for the bulk of the population and not just for the rich and powerful. So it needs to tackle the gross inequality that has been a feature of the last few decades of neoliberalism.   Moreover, it also needs to encompass free movement given that the impact of climate change is, and will be, experienced most rapidly and in its most extreme form in the global south.

In November 2018 we held our first conference at which the participants spent the day working on a practical manifesto for just transition. A diverse set of participants found common cause about what needs to be done. The harder question, which we returned to at the 2019 year conference, is how to make just transition real. Not just because a just transition is the right thing to do; it’s the only way to build the kind of mass campaign that’s needed. Reliance on market solutions has led to a world teetering on the edge of catastrophe. The alternative requires us to take the spirit of rebellion into every aspect of our lives, health, transport, housing … to demand action and to not take no for an answer. 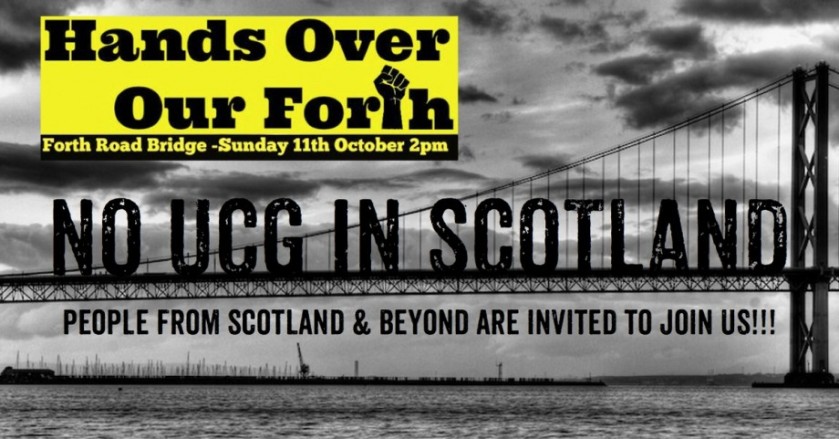