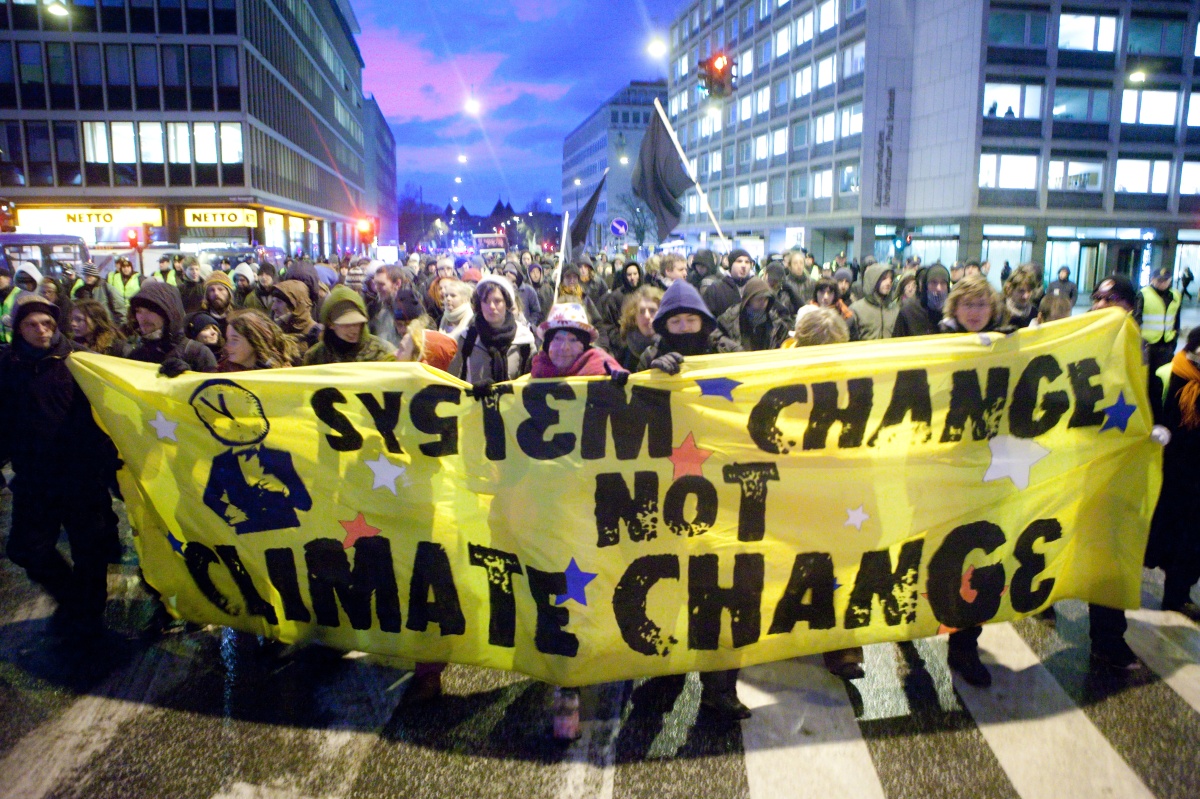 In what we hope will be a series of articles on the intersection of pandemic, lockdown, economic disruption and climate action, Pete Cannell reflects on what a return to ‘normality’ might mean.

It’s so easy in the present circumstance to talk about ‘when things return to normal’.  At an interpersonal level this is clearly important and we all look forward to the end of social distancing.  However, at the level of society, of politics and economics, it’s another matter altogether.

“In the midst of this terrible despair, it offers us a chance to rethink the doomsday machine we have built for ourselves. Nothing could be worse than a return to normality.” – Arundhati Roy

For a brilliant exposition of what ‘normal’ means for the poor and oppressed around the world do watch this discussion between Naomi Klein and Keeanga Yamahtta Taylor.

The pandemic has shone a harsh light on the way that society operates ‘normally’.  It’s clear that while we can all catch Covid-19 we are not all in it together.  The impact of the virus is expressed through the distorting lens of the gross inequalities that exist within and between countries.  In the UK we are seeing how the impact of neo-liberal policies on the NHS has meant that we have been unprepared for a pandemic, which public health experts have been predicting for a long time.  We have a government at Westminster which having failed to prepare as the pandemic loomed then first planned to let it rip in the interest of’ ‘herd immunity’, ostensibly in the name of science, but truly in a vain attempt to keep the economy going.  In just a few days they were forced into containment mode through ‘lockdown’ as numbers of infections spiraled upwards.

In the context of the last two decades what the Tory government is doing with the economy is astonishing.  Government ministers told us that running the economy is just like running your weekly budget and that cuts in public services and infrastructure were unavoidable because debt must be avoided at all costs.  This was always economic nonsense.  Yet now the same politicians are injecting hundreds of billions of pounds into the economy.  Such has been the turn round that at the daily pandemic briefing Matt Hancock could announce a £13 billion write off of English NHS trust debts as if it were just routine.  We’ve been here before.  In 2008 our money propped up the banks while real wages fell and social services were ravaged.  This time the sums of money are even larger but the intention is the same.  In a briefing for The Source, Ben Wray describes how the current bail out is primarily aimed at keeping big business and the banks afloat.  Throughout the twists and turns of government policy the objective of maintaining existing relationships of wealth and power has remained constant.

If current economic plans remain on the course that the Tories have set post-pandemic normality will be restored for the 1%.  There will be an even greater concentration of wealth and power as mega companies like Amazon thrive whilst small businesses go to the wall.  For the rest of us a return to ‘normal’ will mean more austerity, higher prices, shortages of food and large-scale unemployment.  This is bad news for all of us and horrifying for the most vulnerable.

As the Coronavirus crisis unfolds the climate crisis continues to deepen.  In the short term lower economic activity is reducing greenhouse gas emissions but the government’s economic plan for recovery, for a return to ‘normal’ that bails out the airlines, banks and big energy corporations, will rapidly ramp up emissions again.    Over the next few months the climate movement needs to have an intense discussion on the politics of a sustainable path that tackles both the pandemic and sets a course for zero carbon.  The terrain on which we make demands has shifted.  Self evidently the money for transition is there – the money allocated by the advanced economies to finance the bailout is of the same order as what is needed to build a new economic system based on renewable technology.  So right now we need to develop and popularise a set of demands that clearly articulate how the money should be spent.

The North Sea is a good example.  With oil and gas prices falling we are likely to see a new wave of job losses and new developments like the fields west of Shetland are likely to stop.  Current government plans for a return to normal would see cash going to the energy companies to salvage these projects.  Surely we should demand that the money goes to supporting the laid off workers, to a rapid expansion of retraining opportunities in further and higher education and investment in sustainable projects on a large scale.

There’s much more to say about this but I hope this article contributes to a necessary debate about the way ahead.  We need clear demands so that we can build mass pressure for action.

2 thoughts on “Pandemic, climate crisis and why a return to ‘normal’ is a threat to us all”