Scot.E3 has called a protest in solidarity with indigenous land defenders in the Wet’suwet’en territory of British Columbia.  They are protesting against the construction of a new gas pipeline across their land.  The construction project breaks the Canadian constitution, however, the protests have been met with harsh repression by Royal Canadian Mounted Police.  There has been solidarity action across Canada.

At a time of climate crisis we should be phasing out oil and gas.  The Wet’suwet’en protesters are in the front line of our common struggle for a sustainable future.

‘It’s a whole damn army up there. They’ve got guns on, they’ve got tactical gear on. They look like they’re ready for war.’
– Wet’suwet’en hereditary Chief Woos (Frank Alec).

Donate to the Unist’ot’en 2020 Legal Fund

There is also a protest in London at Canada House on the same day. 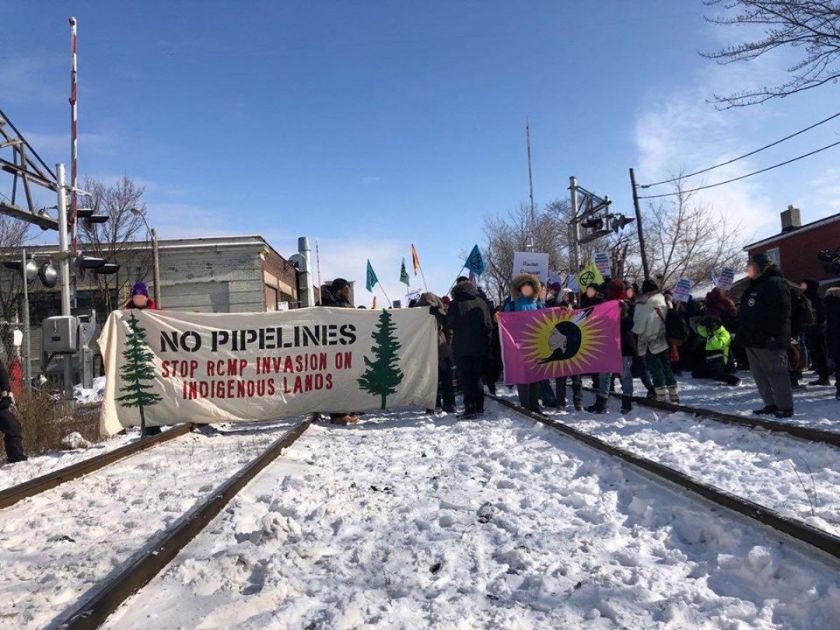